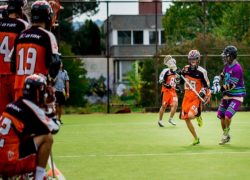 Already the seventh season of Slovak lacrosse league starts on Saturday, March of 12th at 10:00 in Bratislava’s dis­trict Raca. Organizer of this week is lacrosse club Tricksters. On the field hockey field (Jurkovičová 8) will be featured in three games five Slovakia and one Hungarian club. Gradually pit skills Bats 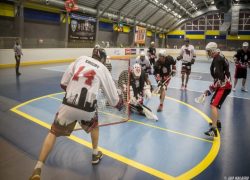 Last weekend 22 to 24 January in Prague part of South City played the sixth year Mayor’s LAX Cup in the past and also known as Winter Cup. For this tournament he has been invited by the Bratislava Bats by a few players from other teams playing in Slovakia. The team Bratislava Bats, 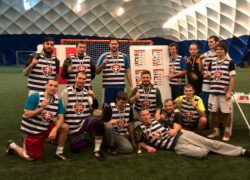 On 8–10.1 2016 in Budapest (Hungary) played already traditional winter fieldlakrosový tournament under the name of Budapest New Years Cup.Slovak lacrosse selection, fieldlakrosové preparing for Euro 2016, which will take place just in Budapest, within the National Friendly issued at the tournament to the southern neighbors. In the group stage, the 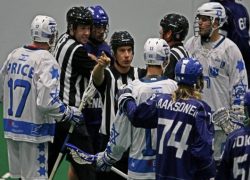 On Monday, we known that the first ever European Championship in indoor lacrosse (box lacrosse) will be held in 2017 in Turku, Finland. Informed the European Lacrosse Federation. Turku defeated in elections the next candidate Dresden, Germany. The first European championship in lacrosse paradoxically will not take place in the cradle