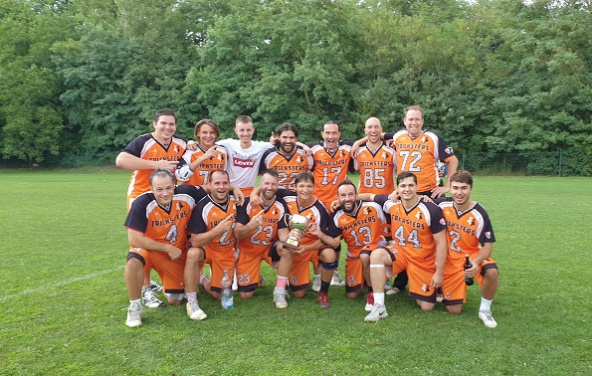 The name of the historically most successful lacrosse club in Slovakia has already been registered 9 times for the winning trophy of the Slovak Lacrosse League.

In the semifinals, Skalica Chiefs and Tricksters Bratislava first competed against each other, and then Zvolen Punishers met against the Bratislava Bats.

Until the first semifinal matches were clearly dominated by Bratislava clubs, which were not weakened by any absences of key players, and both advanced to the Finals without major problems.

In the match for third place, Skalica entered the match better when she scored two goals in the first quarter and Zvolen failed to prevail. Overall, however, Skalica did not play the best and Zvolen did not have the famous luck to manage to dramatize the match. After a clear result of 8: 2, Skalica takes third place.

After two seasons when the Tricksters did not play SLL and the last one in which they lost to the rivals from Bratislava Bats in the final, this time they repaid last year’s final loss and won in SLL 2021 clearly 14: 3. In the end, the Tricksters lacrosse players were able to enjoy the trophy, which will now definitely follow a similar path as the Stanley Cup hockey.

The course of the match was in the hands of the Trickststers from the beginning, who again started the beginning of the match and, as well as in the semifinals against Skalica, they opened the score of the match. It was not until the score of 6: 0 that the Bats players also scored in the second quarter. However, nothing could stop the running Tricksters and they gradually increased their lead. At the end of the duel, the scoreboard was 14: 3 in favor of the Orange-Blacks.