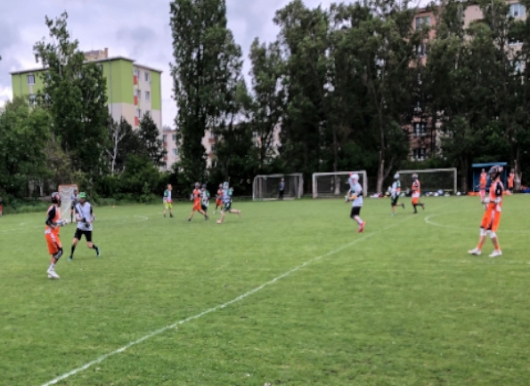 In the next round of the Danube lacrosse league (DLL), which took place again in Bratislava, our boys dealt Slovenian rival Olimpija Ljublana 12:5.

The opponent came to Bratislava in abundance, with two US reinforcements. However, the Slovaks started actively and pushed the opponents, but it managed to open the score of the match, when he scored from a quick counterattack. But then the reins of the match caught the hands of lacrosse players from Bratislava and despite the fact that many shots ended at the goalkeeper’s goal, our boys won half time 7:1. In the third part of the game, there was less unconcentration and the opponents of our boys sat on the horse, especially by double exclusion, in which Slovenians scored 2 times. However, the match again belonged to ours and won 12:5. Six goals in the match shot the aging Lichtner, after 3 added Purgat with Kramár.

The nearest DLL continues on May 18 in Ljubljana. Our boys are off and you can see them again at the tournament in Vienna 25 – 26 May