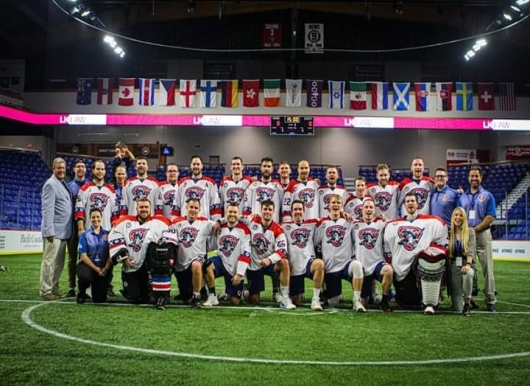 During 19–28th of September World Boxlacrosse Championship was being held in Langley, Canada.

National teams were dividied into four groups. In elite Blue group you could see national teams of Canada, Iroqua nation, United states, Izrael and England. In Yellow group were Ireland, Serbia, Switzerland, Netherlands and Hong Kong. In Orange group was Australia, Finland, Sweden, Austria and Costa Rica. Our guys were in the Green group along with Scotland, Czech republic, Germany and Mexico. From each group only top seeded team would advance to play against the elite Blue group.

In group stage, we faced gainst Scotland, Czech repulic, Mexico and Germany. We took 3rd place with these results:

Third place in group stage meant that we would play for 9–20th place in round robin. During this stage we faceed against Costa Rica, Ireland, Scotland and Austri.a