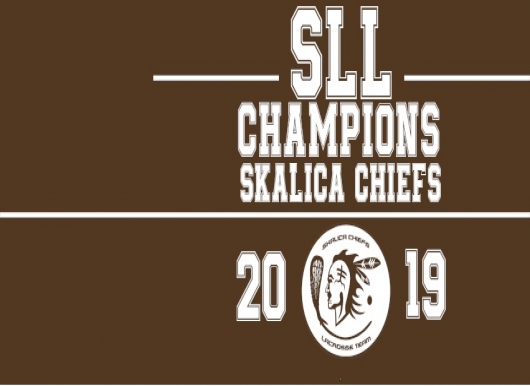 The winner of SLL Tour is Skalica Chiefs.

When we started with SLL Tour earlier this year, our goal as to grow the game in the regions which previously didnt have the opportunity to see lacrosse before. That is why we decided to play 3 rounds in new, not established cities – Senica, Banska Bystrica and Nitra.

We knew that organization will be logistically difficult due to zero to none contacts and with preparation for upcoming World Boxlacrosse Championships. Due to fact that Zvolen Punishers were unable to play the last game which was planed to be played in Banska Bystrica even after the date change and upcoming World Championships we had no choice but to honor our league rules. Unfortunately they had to lose by default and the winner of SLL Tour is Skalica Chiefs.

Even though we didnt manage to play all games, our project fulfilled its premise and we already see some results of it. We played 4 high quality matches and increased awareness about lacrosse in new regions. In Nitra there is a new club slowly building, we received a couple of interested messages from guys in Senica and we are planning to have a cooperation with soccer and hockey teams in Banska Bystrica.

But you dont have to be sad for the lack of lacrosse in Slovakia, because we are preparing new project on which we will inform you after current boxlacrosse championships. Stay tuned.