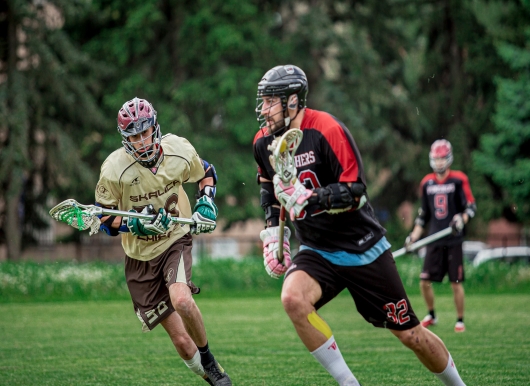 Yesterday, 18th of May was the first game of SLL Tour. In it the hoe Punishers welcomed visiting Skalica Chiefs.

Home players started the game really well thanks to Engliš and his 3 goals. Zvolen controlled the game in the first quarter and didnt let Skalica into anything significant. That is why at the end of first quarter the score was 5:1 for Zvolen.

In second quarter Skalica started to play more dangerously and both teams played even game. During this period there were 7 goals scored in even matter for both teams. Thanks to their guts Skalica slowly started to pick up pace and was down only 8:5 at halftime.

Third quarter was opened by Engliš and another of his goals for Zvolen, however this quarter Skalica hit its prime. Trio of players, Černák, Havlík and Machu got rolling and scored 5 unanswered goals. Thanks to them, at the end of quarter Skalica was in near lead 9:10.

Fourth quarter was played in high tempo from the first whistle. Engliš scored another two goals for Zvolen and go them into one goal lead again. However 3 minutes later Skalican deffender Kulhánek got into fast break and thanks to his shot evened up the game once again. Both teams tried to get into attacking half and keep the play there as long as possible, but Skalica was more successful thanks to Černák and his goal 2 minutes before end of the game. Zvolen tried to event up the game till the last second and had some really nice chances, however they were unsuccessful. At the end of the game the score was 11:12 for Skalica Chiefs.